Competing with dragons is not easy as a hero must be strong and fast. Mao Mao is that kind of character, but the dragon is distant and huge. Run on platforms to the sky and press buttons to jump over obstacles or strike them. New stage brings new challenges. Can you deal with them? You go through the air with Mao Mao, who advances by himself, with you having to press the Z key to make him jump, or press it twice to double jump. You have to jump from one ice block to another, making sure that you don't fall between them and reach the ground, or you will have to start all over again. When you see ice balls in front of you, which are attacks of the monster, press the X key to attack it, dashing through them to get extra points. The more that you advance, the bigger your score is going to get, and the more hazards and obstacles you dash through along the way, even bigger will your score get. 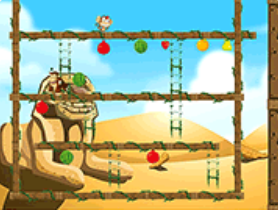 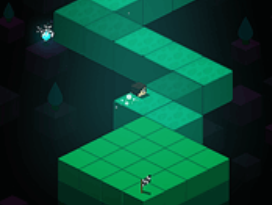 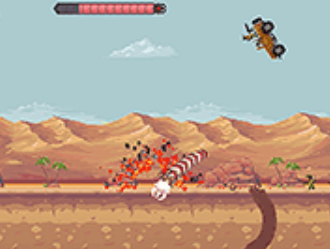